The FedExForum was built as a replacement facility to Pyramid Aren (later became Bass Pro Shop); the arena didn’t officially break ground until June of 2002 and wasn’t finished until September of 2004.

FedExForum was designed by architectural group Ellerbe Becket with Dowco Construction carrying out the concrete work. The original plans called for a large transit bus station, which received a federal grant of six million, but the station was eventually changed to a premium parking garage, and the Grizzlies had to return the money.

FedExForum’s interior was designed to pay homage to Memphis’ musical history, with paintings depicting some of the city’s most famous artists. Most of the Forum’s restaurants are named in conjunction with FedExForum’s overall musical theme with Opus Restaurant and the Blue Note Lounge. The two other restaurants are named after sponsors with the Lexus Lounge and Jack Daniel’s Old No. 7.

In 2012 the facility underwent renovations to keep the city’s team, which included a new sound system. The main basketball floor was replaced for the Grizzlies, and the Tigers’ court was replaced the following year. Three years later, a renovation for the backstage areas included:
• A new state-of-the-art video room.
• The coaches’ offices.
• Office space for FedExForum employees.

In 2017, the Grizzlies announced a $1.8 million remodel to the facility, which included a brand new scoreboard that ended up being x4 times the size of the original, new HD displays, contemporary LED lighting, and other fan amenities.

Below is a seating plan of Memphis Grizzlies's FedExForum: 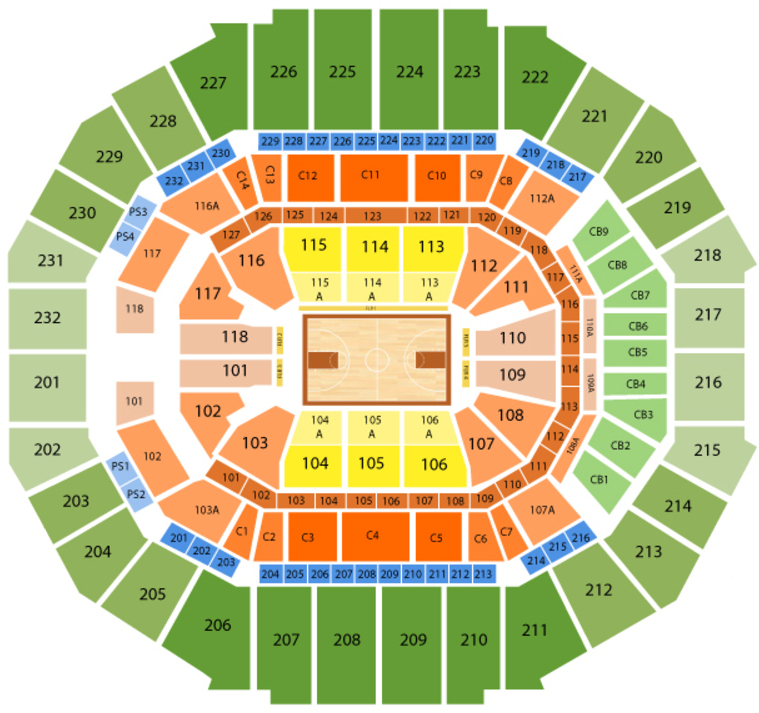 Several popular bars are located within walking distance to the arena, with a few of the favorites being Jerry Lee Lewis’ Cafe & Honky Tonk, Tin Roof, Lew’s Blue Note Bar & Grill, and Wet Willie’s. Wet Willie’s is a very relaxed environment with some of the best-frozen drinks in Memphis. These frozen drinks are available on-demand from the slushie-style machines lined up on the wall. They also offer some fantastic appetizers such as tequila wings, shrimp & grits, or homemade chips. At Wet Willie’s, you can enjoy live music in the Home of the Blues and the Birthplace of Rock ‘n’ Roll on one of the country’s most well-known streets.

While several of the bars and pubs in the area offer several food options, a few other food options are a favorite of the locals and are right around the arena that you can stop at before tip-off. Some of the local favorites include Tastin’ Round Town Food Tour Dyer’s Burgers, Blues City Cafe, B.B. King’s Blues Club, Silky O’Sullivan’s, and many more. Since Memphis is a very well-known music city, most of the bars and restaurants will be music-themed, but you should find many spots throughout the city that have fantastic food and offer games on the TVs. 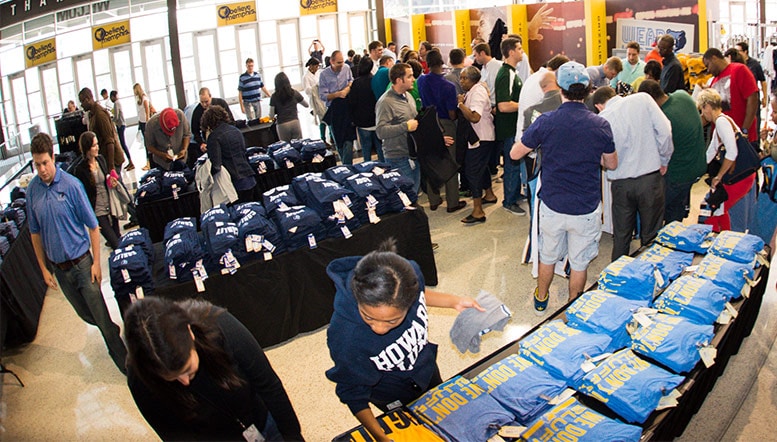 FedExForum offers tours for groups of 10 or more. The tours are scheduled Monday through Friday between 9:00 a.m. and 4:00 p.m. on all non-event days. All groups must call or email to plan their tour. If a group has less than ten people, they will/can be added to a preexisting tour. The tour prices go as follow: Adults $5.00, Seniors $4.00, Students ages 12 and younger $3.00

Typically, Grizzlies tickets vary on who they are playing on the given night, but tickets can be found for as low as $10, with an average price of $88.

One of the best seating options in the arena is the Club Boxes. The club boxes provide a private mini-suite experience that is a unique game viewing experience. These boxes are located on the Pinnacle Level and offer luxurious amenities, spacious seating, and all-inclusive food and beverage for all Grizzlies home games and concerts.

Since the FedExForum is located near the heart of Memphis, there are several travel options you can choose from. The most popular transportation methods would include the MATA (Memphis Area Transit Authority), the public transportation provider that operates fixed-route buses, paratransit vehicles, and the MATA Trolley system. There are also various forms of care services and thousands of parking spots if you chose to bring your car.

While traffic during game nights will drive larger crowds than usual down to Memphis, you should be in the clear of heavy traffic if you leave a few hours before tip-off. If you are coming from surrounding suburbs, you will most likely be coming into the city on one of the three major highways (I-40, I-240, and I-55 ).

While there are public/paid parking options on any given game night, the lot that the FedExForum sponsors is the Gossett Motors Parking Garage. This garage offers 1,500 parking spaces in a five-level attached parking garage. Parking is sold on a seasonal basis for Grizzlies and Memphis Tigers games. There are also thousands of parking spots within a few blocks of the arena.

If you are coming from out of state and flying, you will most likely fly into Memphis International Airport. The drive from the airport to the arena is about 8.5 miles and will roughly take 25-40 minutes to reach the arena. The most popular transportation methods to the FedExForum are taxi ($20-$25) or car.