The Barclays Center was initially proposed in 2004 when real estate mogul, Bruce Ratner, purchased the team for $300 million as the initial step in the relocation process. This relocation would mark the return of professional sports to Brooklyn, which had been missing a team since the Dodgers moved to Los Angeles in 1957.

The arena construction stirred up the community for its use of eminent domain and its potential environmental impact. This caused the community to fight back after several buildings were taken to make room for the arena, such as residential buildings and businesses, including Ward Bakery, were to be torn down. When the arena officially opened, there were protestors of up to 200+ people who opposed the arena.

The recession of 2009 also caused financial problems, and they put the construction on pause until 2010. This forced the owner to sell off some stake in the team to continue funding the project. The arena officially broke ground on March 11, 2010, and wasn’t opened for events until September 21, 2012.

The Barclays Center is leased by the Brooklyn Event Center LLC and is owned by the team’s owner, Joseph Tsai, with operations and revenue managed by Tsai’s BSE Global. The arena is owned by the State of New York’s Empire State Development through the public institution, Brooklyn Arena Local Development Corporation.

Below is a seating plan of Brooklyn Nets's Barclays Center:

Several popular bars are located within walking distance to the arena, with a few of the favorites being That Bar, North Pole Pub, and McMahon’s Public House. Located a block away from the Barclay Center, McMahon’s Public House is your perfect neighborhood sports bar. Our spacious interior has a beautiful, old-world charm to it. McMahon’s welcomes you to sit enjoy their comfortable and inviting atmosphere that features 12 large screen HD TVs downstairs and two upstairs. McMahon’s also has a fantastic menu, and that can be your one-stop-shop for a pregame meal and drink before tip-off.

While several of the bars and pubs in the area offer several food options, a few other food options are a favorite of the locals and are right around the arena that you can stop at before tip-off. The most popular dining options near the arena include 5ive Spice Tacos & Banh Mi, Wasan Brooklyn, Patsy’s Pizzeria, and Kulushkat. Kulushkat is a fantastic falafel restaurant that has received great reviews from several casual restaurant-goers and critically acclaimed reviews such as The New York Times. 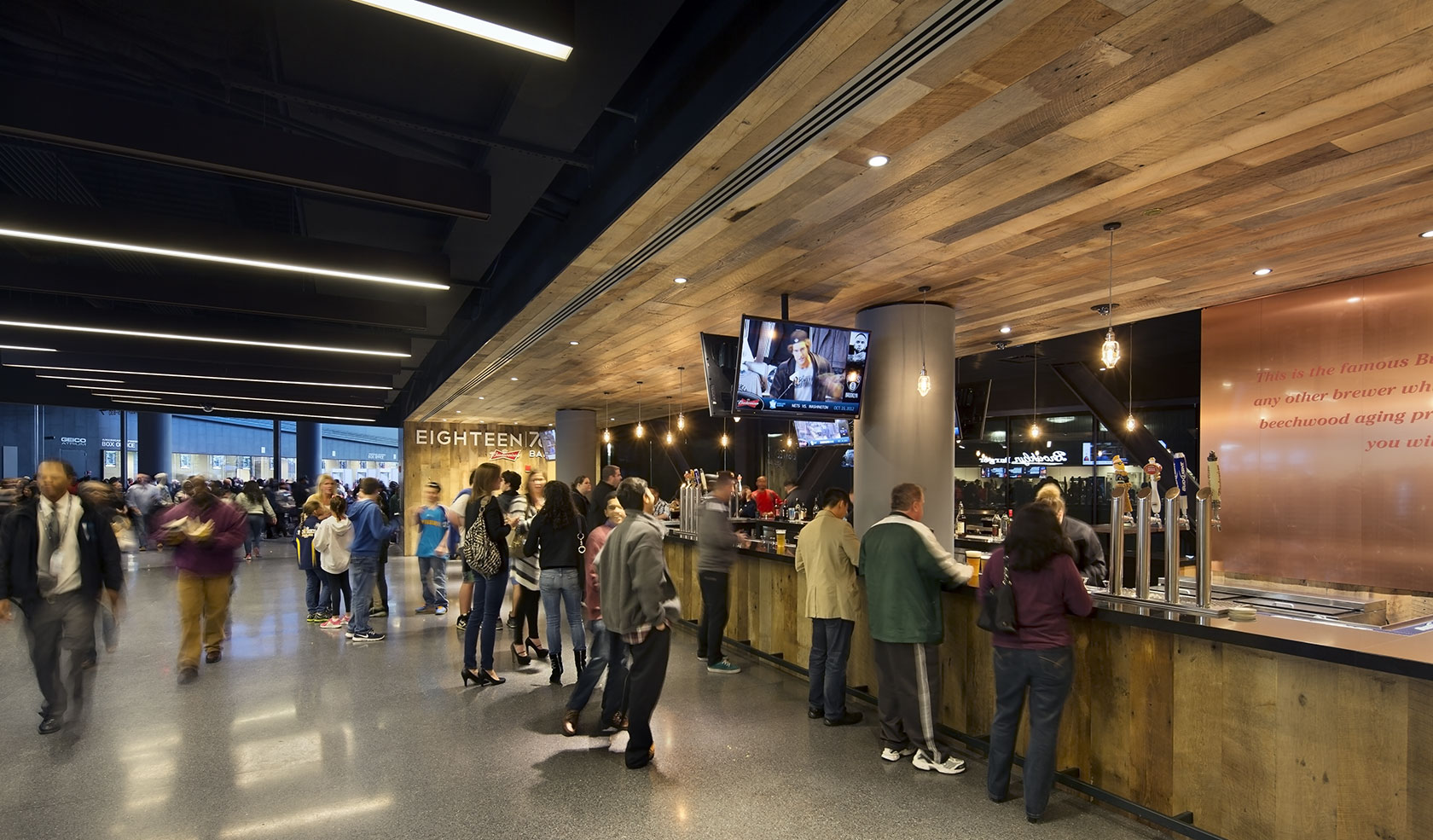 As of 2021 the stadium currently does not offer tours that are open to the public.

Typically, Nets tickets vary on who they are playing on the given night, but tickets can be found for as low as $23, with an average price of $132

If you are looking for courtside seats, you can expect to pay anywhere from $2000 and up depending on the opponent.

Brooklyn Nets suite prices range from $2,750-$5,000 for most Nets games. Prices depend on the current team performance, opponent, day of the week, and location in the arena. Middle-of-the-week games are priced at a premium, as are games against popular opponents such as the Lakers.

Since the Barclays Center is located near the heart of Brooklyn, there are several travel options you can choose from. The most popular transportation methods would include MTA (Metropolitan Transportation Authority), subways, buses, walking, bicycling, and various car services.

While traffic during game nights will drive larger crowds than usual down to Brooklyn, you should be prepared for heavy traffic as you are in a very populated borough of New York City. If you are coming from surrounding suburbs, you will most likely be coming into the city on a major highway then transitioning into city street driving.

While there are public/paid parking options on any given game night, the Barclays Center has no dedicated parking lot; although, it is easily accessible by subway, bus, and railway. There is a 38,885-square-foot entrance plaza that features a $76 million transit connection hub to make up for the lack of parking.

Suppose you are coming from out of state and flying. In that case, you will most likely fly into one of the many New York City airports, including JFK International and LaGuardia International airports.