The Rocket Mortgage Fieldhouse, formally known as Quicken Loans Arena, is located in Cleveland, Ohio, and home to the NBA’s Cleveland Cavaliers, AHL’s Cleveland Monsters, and the NCAA’s Cleveland State Vikings’ second home arena. It is named after its sponsor, Rocket Mortgage, which is America’s largest mortgage lender.

The Rocket Mortgage Fieldhouse was built as a replacement facility to the Richfield Coliseum; the arena didn’t officially break ground until April of 1992 and wasn’t finished until October of 1994. The arena was built as part of the Gateway Sports and Entertainment Complex and Progressive Field, home of the MLB’s Cleveland Indians, that opened a few months later.

As part of Gilbert’s purchase of the team, he financed the renovations that include new wine-colored seats, state-of-the-art scoreboards, technology systems, new arena graphics, and signs, as well as upgrades to security, locker rooms, and the suites; all of these renovations were complete by the start of the 2005 season.

In December of 2016, the team announced some improvements to the arena that included an increase in the square footage of the concourses and open areas and upgrades throughout the building. The plan, which relied partly on tax money for funding, ultimately cost $193 million, after interest, with taxes paying for $100 million of it.

Below is a seating plan of Cleveland Cavaliers's Rocket Mortgage FieldHouse:

Rocket Mortgage FieldHouse has a handful of bars and lounges in the area walls; a few of the favorites to stop at before tip-off include Mabel’s BBQ and Flannery’s Pub. Flannery’s is located directly across from the Rocket Mortgage FieldHouse on the corner of 4th and Prospect, in the Gateway Neighborhood’s heart. Flannery’s features a wide selection of Irish scotch and whiskey, 15 imported draft beers, traditional Irish recipes, and a great selection of favorite American food. No matter what bar you find yourself at, Cleveland is a fantastic sports city passionate about its sports teams and always has a great atmosphere on game days.

While several of the bars and pubs in the area offer several food options, a few other food options are a favorite of the locals and are right around the arena that you can stop at before tip-off. Some of the local favorites include Winking Lizard Tavern, Harry Buffalo East 4th, and City Tap Cleveland. City Tap Cleveland has been a downtown go-to for Cleveland sports fans for years with 40 beers on tap, 100 craft, import, domestic beers, fantastic burgers, fresh-cut fries, 3 Beer of the Day, Happy Hour, and Power Hour and game-day specials. An excellent restaurant that is steps away from Progressive Field and Rocket Mortgage FieldHouse. 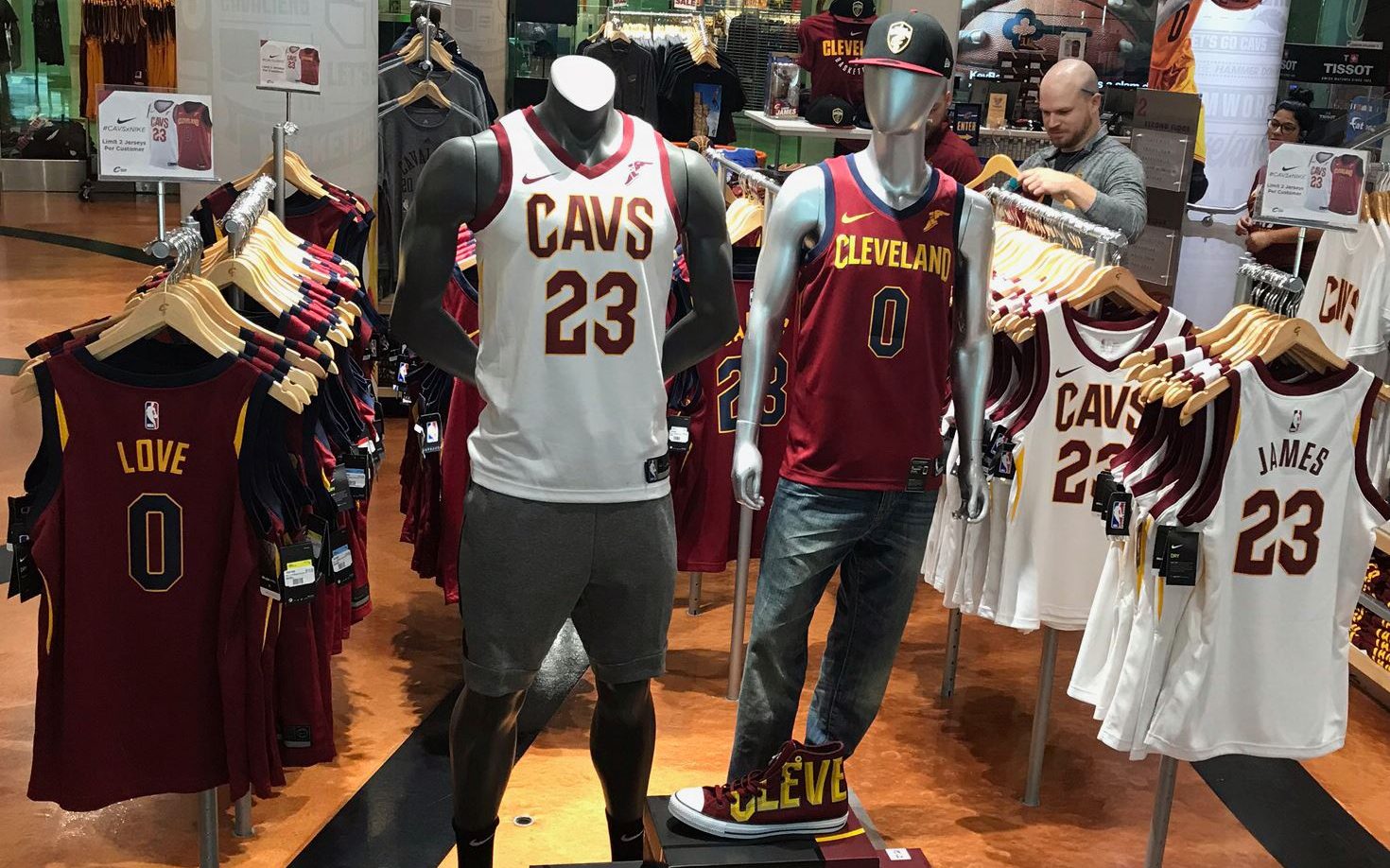 Rocket Mortgage FieldHouse does not offer tours open to the public.

Typically, Cavaliers tickets vary on who they are playing on the given night, but tickets can be found for as low as $11, with an average price of $68.

Rocket Mortgage FieldHouse offers many premium seating options perfect for entertaining business clients or socializing with family and friends in style at game. With great views and great accommodations, you will be hard-pressed to find a seating option that doesn’t fit what you are looking for.

Single-game tickets are available online or can be purchased by phone at (216) 420-2000. You can also call that number regarding season passes, group tickets, suite rentals, and various other packages.

Since Rocket Mortgage Fieldhouse is located near Cleveland’s heart, there are several travel options you can choose from. The most popular transportation methods would include RTA (Regional Transit Authority) that offers services to Rocket Mortgage FieldHouse by bus or rapid transit, various car services, and thousands of parking spots if you chose to bring your vehicle.

The address for Rocket Mortgage Fieldhouse is as follows:
• 1, Center Court, Cleveland, OH 44115

While traffic during game nights will drive larger crowds than usual down to Cleveland, you should be in the clear of heavy traffic if you leave a few hours before tip-off. If you are coming from surrounding suburbs, you will most likely be coming into the city on a major highway then transitioning into city street driving.

While there are public/paid parking options on any given game night, the lots that the Rocket Mortgage FieldHouse sponsors are the Gateway East Garage and JACK Cleveland Casino Garage are two on-site garages that hold up to 3,300 cars.

For public transportation, you are most likely looking to be on the RTA. The Rta offers Rocket Mortgage FieldHouse from all parts of Cuyahoga County by bus or rapid transit. With over 8,000 free parking spaces at various stations, this will be your most reliable option if you are looking to take public transportation to the arena.

If you are coming from out of state and flying, you will most likely fly into Cleveland Hopkins International Airport. The drive from the airport to the arena is 12.8 miles and will roughly take 20-55 minutes to reach the arena. The most popular transportation methods to the Rocket Mortgage FieldHouseare by subway ($3), bus ($3), taxi ($130-$45), or car.