Who doesn’t love a good Basketball videogame? Basketball video games have improved a lot in the last 50 years since the aptly named ‘Basketball’ on the Magnavox Odyssey in 1972. But with over 180 BasketBall games released over the years, it can be hard to separate the wheat from the chaff or the Michael Ruffins from the Michael Jordans. So here is a list of our opinion of the best video games about the beautiful sport of Basketball. 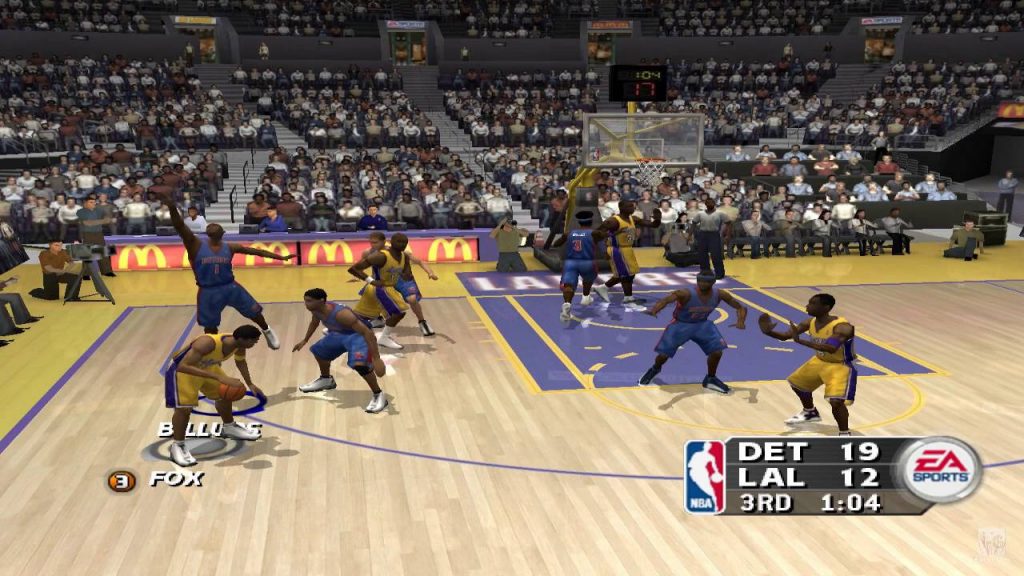 NBA Live is one of the games that laid the groundwork for NBA 2K11. It featured several classic modes: Season, Dynasty, One on One and Training. It also had a great character creation mode allowing you to create your own team of super-powered freaks or attempt to recreate the great players of yesteryear.

The first entry in this list have been a straight forward and traditional style b-ball game, but NBA Ballers takes a more fun and lighthearted approach to Basketball. All games take place on the street and only have one player per team. There’s also a lot more showboating in this game and includes a juice meter and house meter. The main game mode is a rags to riches story, which was pretty groundbreaking for a sports game in the early 2000s. Although it may not be very realistic, there’s no denying it’s an extremely fun game.

We’d be remiss if we didn’t mention Double Dribble on the Arcade and NES. Released in 1986, Double Dribble features some amazing gameplay over beautiful 2d graphics. Due to its popularity in the arcades, the game was rewarded with its own NES port. For it’s time, it was said to have the most realistic gameplay, and we think you’ll find that if you play it now, you’ll find a very enjoyable challenge.

Many would call this the greatest Sports game of all time, let alone the greatest basketball game of all time. As well as building on the success and features of the previous NBA games, this game features a Jordan Challenge mode with 18 classic NBA teams. The graphics and presentation are top-notch as well, especially for 2010, making this game a fun time, even well after a decade after it’s initial release.

In the interest of full disclosure, I have a heck of a lot of bias towards this game. This was one of the first-ever video games I ever played and definitely the first-ever Basketball games I ever played. It kickstarted both my love of video games and Basketball. This is a fantastic game, with absolutely amazing gameplay. The 3D graphics, although very dated, have a lot of charm. Even though I was pretty terrible when I first played it as a 6-year-old, I found the game got better with age, especially since rediscovering it as an adult. As far as I’m concerned, NBA Live 98 is one of the best video games ever, period!

Welcome to Basketball – the ultimate guide for Basketball Arenas in America and Beyond.

Thanks for visiting and enjoy the sport!

What does G League stand for?